Windows Mobile End-of-Support - what does it mean?

Windows Mobile, or more specifically Windows 10 Mobile, is scheduled to reach “end of support” on December 10, 2019. This means that from that date Microsoft will no longer deliver updates unless there is a serious security issue. They also won’t provide any free support or new online technical content. This is quite normal for Microsoft products, although a lot of consumers won’t be so familiar with the Microsoft product lifecycle. And usually there is a newer version to upgrade to, but in the case of Windows Mobile, rather sadly, there isn’t. Instead, Microsoft are rather bluntly telling us to consider an alternative phone such as an Android or iOS for our next device, which for those of us who like Windows Phone is a little disappointing. But there is no need to panic. The phones will continue working and, to be fair, most of these phones are now a few years old and people would probably be considering replacing them in the near future anyway. The only difference is that we won’t have the option of getting a newer Windows phone.

What’s up with WhatsApp?

If you are using WhatsApp you might have seen a rather alarming message that pops up from time to time with the latest version. The message reads: “Microsoft has ended support for Windows Phone. As a consequence, WhatsApp will stop working on this phone after December 31, 2019. Tap on ‘learn more’ to learn about switching to a supported phone”. This is slightly misleading – a lot of people think it is coming from the Windows system itself; the support won’t end until December, and if indeed WhatsApp stops working it is a consequence of what WhatsApp have decided to do. But in fairness, WhatsApp has provided good Windows Mobile support over the years and one can’t entirely blame them for choosing not to continue investing resources in it. But as far as ‘learning more’, I certainly don’t need any advice from an app developer about when I should replace my phone and what I should replace it with. I can live without WhatsApp.

Why are Microsoft doing this?

A more general question is why have Microsoft decided to stop creating new versions of Windows Mobile? After all, it was part of the whole Universal Apps idea – who needs Universal Apps if there’s only one platform? Yes, I know there’s something called Xbox, but I have zero interest in computer games. And yet Microsoft have noticeably reduced the level of commitment to Windows Mobile over the last few years, as they have struggled to get app developers to adopt it. Ironically, on the mobile platform, Microsoft have suffered from the same developer capture effect that helped them maintain supremacy in the pre-millennial computer operating system market. But Microsoft have had touchscreen mobile phone devices since the 1990s, long before the iPhone or Android, so I still think this is a missed opportunity.

I think the reality is that there isn’t very much money to be made from mobile phones. Google don’t make money on Android, as far as we know: they make money selling advertising and having a phone operating system gives them a bit of leverage. Apple is entrenched as the seller of “designer” aspirational hardware at a premium price, often hidden behind network provider contracts, so I imagine they do make money out of selling iPhones. But you have to question how relevant the idea of a ‘phone’ is when we are using voice less and less and really mostly interested in mobile data. My guess is that voice calls will go the same way as fax (despite resistance from the network providers), and pocket device design will continue to evolve as cloud-connected compact computers with powerful processors and lots of memory and larger, possibly folding, screens. At that point I think we’ll start to see compact Windows 10 devices again. 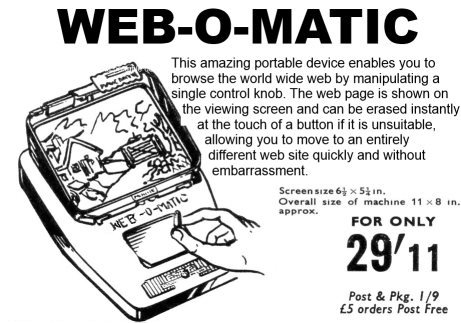 Unlike either Google or Apple, Microsoft has a wide product range including Windows, cloud services, Office 365 and hardware products. In that situation there’s very little incentive to focus on a struggling product in a market with an uncertain future, when you can double down on any of a number of highly successful ones. If Windows Mobile, or even Windows, was Microsoft’s only product, then maybe they would have been forced to try to fix the problems with Windows Mobile. But Azure and Office 365 have been huge successes, so why bother?

The Future of Windows Mobile

Right now, there isn’t one, at least not long-term. Eventually any mobile phone gets replaced, usually because the battery stops holding charge, or the screen gets cracked, and it’s just too much trouble to fix. So at that point you get a new phone. I plan to continue using my Nokia 1520 phone which still works well, has a good camera, is fairly robust and attracts almost no interest from pickpockets or thieves on mopeds. I don’t care too much about apps, or the latest fad in phone design. I can see myself continuing to use it well into 2020, if not beyond. When it eventually stops working I’ll get something else, and not because some app developer tells me to. For the time being I’m going to continue to be “the Window Phone guy”.