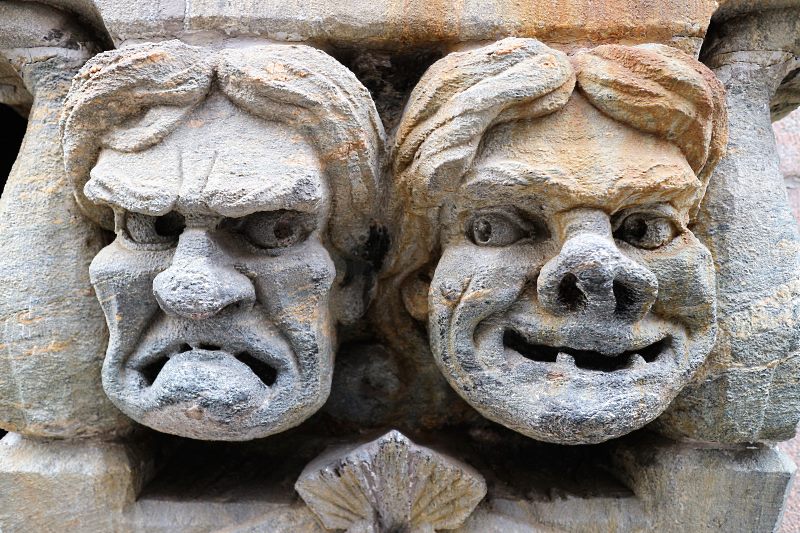 Gargoyles on a building in the centre of Helsinki

The usual pattern when you are speaking at these events is that you arrive late Friday afternoon, find your accommodation and then assemble in the hotel lobby for the speaker dinner. On my first visit, after missing four trains trying to buy a ticket and understand the baffling rail system (all the trains end up in the city centre, despite leaving the station in opposite directions) I eventually got to the hotel a little late but managed to get a taxi and catch up with the rest of the SPS crew at the sauna.

Yes, that's right, there was a pre-dinner sauna, and in the interests of decency I have no pictures. The Loyly sauna was a sort of wooden pyramid by the seafront with a deck that leads out to the sea (I refer to it in the past tense because a few days after our visit there was a fire which apparently did some damage). As the taxi pulled up to the structure I saw a familiar figure standing outside, cigarette in hand and looking wistfully out towards the icy water of the bay. It was Vesa Juvonen, and he greeted me and indicated that he had no intention of going In to the sauna. Vesa is Finnish; does he know something?

I went to the reception desk with Vesa and there followed an exchange of incomprehensible sounds. I was handed a bath towel and what looked like a tea towel 'to sit on', and then was directed to the changing rooms which then led to a pleasant lounge full of people in towels and in the centre of the room was a wood fire. It was then that I discovered that the reception desk was also a bar and I ordered the traditional drink which turned out to be a sort of draught gin-and-tonic. It was very thirst quenching, and very alcoholic.

Thus emboldened I went through to the sauna proper which consisted of a large furnace and benches connected by a series of steps. The SharePoint Saturday speakers were stationed at various levels - the higher you go the hotter it gets. From time to time someone would ladle water onto the heating coals and there would then be a tremendous wave of intense heat as the resulting steam circulated around the room (yes, I know it is actually water vapour). It was difficult to tell if the steam was condensing or it was just perspiration that was dripping off me.

Eventually I learned that it was time to go outside and take a dip in the freezing ocean water. The air outside was not as cold as I expected, but it seemed to get cooler as you walked down the steps to the sea. You had the option of jumping in or slowly lowering yourself into the arctic water. I chose the latter - not quite as bad as I had expected as I lowered myself into the brine. I was able to stand it for about 10 seconds before it began to be uncomfortable and I hauled myself out again. I was very glad to get back indoors. I repeated the process having been told that the second time in the sea is not as bad. This turned out to be a complete lie.

Twice was enough, and when it was time to leave, a coach took us to dinner at an excellent restaurant where I enjoyed a well-earned steak. This was in March 2017. The following year SPS Helsinki was in January which of course is even colder.

This time the sauna was a different one further round the bay called Allas Sea Pool. This had a warm pool and one at sea temperature. Of course the thing to do was to go into the cold pool and since it was January it was even colder than the last time - perhaps a couple of degrees above freezing. Despite the warm pool being full, for some reason nobody seemed to be using the cold pool. A few of us headed over to the cold pool and I noticed a member of the sauna staff came over to join us, presumably in case one of us had a seizure or something. Having entered the water up to my neck I began counting and when I got to thirty seconds it was actually becoming painful. Climbing out, the cold winter air actually felt warm in comparison, but for some reason my behind still felt a little painful from the cold and it took quite a few minutes in the warm pool before everything felt normal again. I think I may have quite literally frozen my ass in Helsinki. 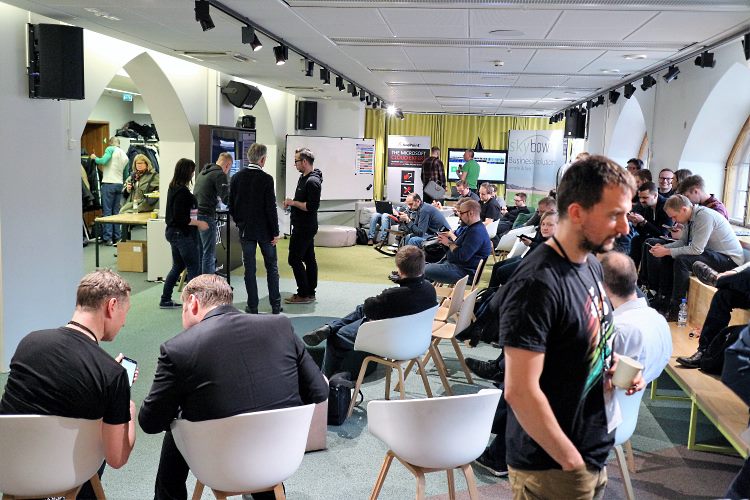 The conference itself on both occasions was held at the Microsoft Flux incubator in Helsinki. Although not really designed as a conference venue it worked well. It would be a great place to start a company. There were a number of rooms with comfortable mesh chairs and electric desks that could be adjusted to the required height or raised up to form a standing desk, each equipped with a large screen that you could run off your laptop. There was good WiFi on the whole (except, curiously, during my talk which I suppose I should have learned to expect).

I enjoyed talks by fellow speakers like Benjamin Niaulin, Spence Harbar, Vesa Juvonen, Adis Jugo, Jussi Roine, Dragan Panjkov, Thomas Vochten, Stefan Bauer and many others. Elio Struyf talked about the 'modern' web development tools like Node and Yeoman - a difficult topic because it is so broad and you never know whether the audience are already familiar with these or are completely new to it and lifelong Visual Studio users.

The main room had a couple of large screens although, embarassingly, this stopped working when I connected my laptop. I don't think it was anything I did (although it wouldn't surprise me). I think I just happened to connect at a time when the computer running the projector went to sleep, or perhaps decided to do Windows updates. Of course no-one had the password. I ended up having to start my presentation without a screen, so the attendees had a few minutes of me presenting "unplugged" before people working brilliantly in the background managed to bring everything back to life. The audience were fantastic and patiently waited while we sorted things out. I think I managed to win a few minutes back for the coffee break and I hope it didn't seem too rushed.

Unfortunately the layout of the third meeting room precluded sneaking in and out of sessions. This is something I am afraid I tend to do at these events but when you have to walk past the presenter to get into the room it isn't really possible without being even more rude than normal.

Each time the whole event wrapped up with prizes and a quick SharePint and then on to a rather impressive bar for more drinks and something to eat. The audience were always great and I had the impression that everybody had a good time and found the day valuable, which is partly down to the excellent organization by Jussi Roine, Jussi Mori and many helpers, and some great speakers from all over Europe and beyond.

In March 2017 I recall it being nearly three o'clock in the morning in the (closed) hotel bar when we decided it really was time to call it a night. The strange thing was that when I got back to my room it was after four o'clock. Could we have been so drunk that we lost track of an entire hour? Luckily it was Sunday the next day so breakfast ran through until 10:30 which turned out to be just as well. As we compared notes while eating breakfast it turned out that I wasn't the only one who lost track of an hour. It just shows how much fun these SharePoint Saturdays can be. 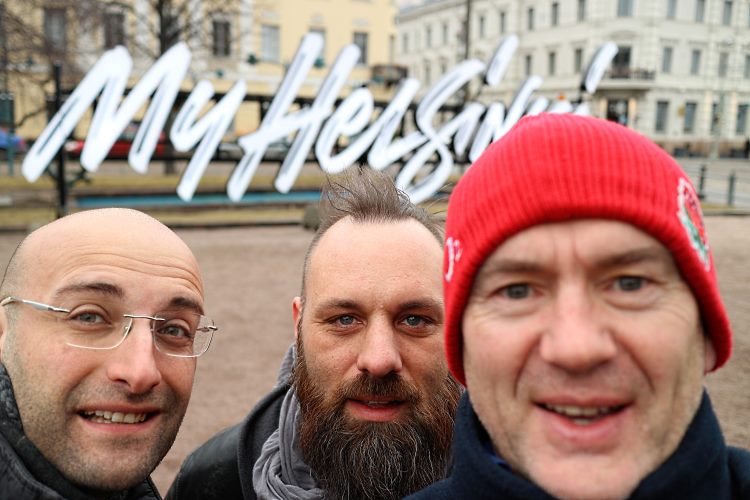 My Helsinki sign with Francesco Sodano and Stefan Bauer

A few of us met to wander around Helsinki on Sunday morning. It was a dull day but not too cold. I took the obligatory group hangover selfie with Francesco Sodano and Stefan Bauer at the "My Helsinki" sign which I think was purpose built for this. We then headed to the harbour to inspect the ships and the Ferris wheel (one of the cabins is a sauna). 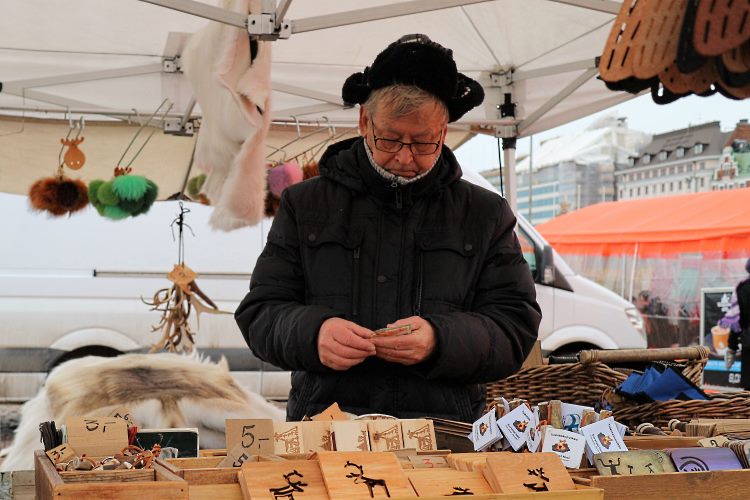 We then headed back up the hill to Helsinki Cathedral and visited the undercroft somewhat by accident before working our way round to the main entrance. Inside the building the ornamentation was simple (the Church of Finland is Lutheran), the most elaborate being the candelabra light fittings. 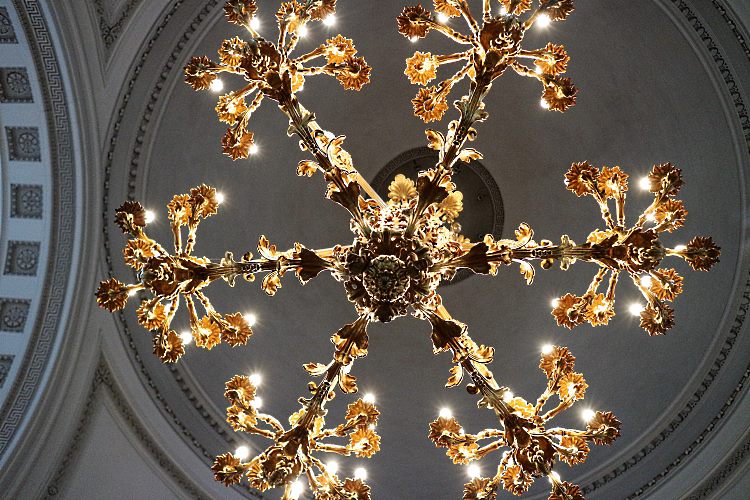 Helsinki seems to be quite popular with tourists. Here a couple attempt some kind of novel high-four selfie 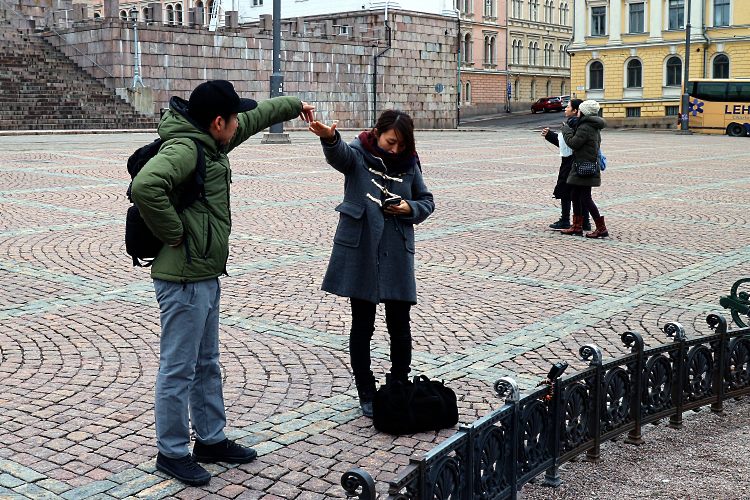 We enjoyed coffee and a snack at Karl Fazer Café which had an extremely tempting array of tortes and Easter eggs. The coffee was strong enough to restart our internal cognitive services and it was here that it finally occurred to us that the "lost hour" was due to the introduction of daylight saving time - our phones had all updated themselves automatically. 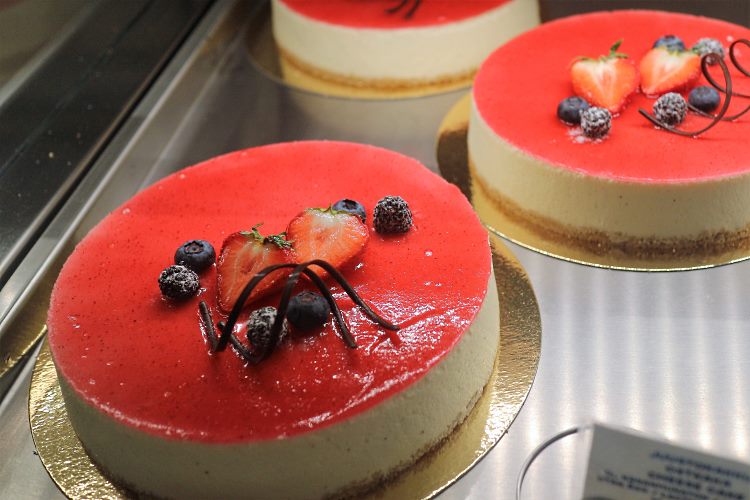 I have been to Helsinki a few times, and always in different parts of the city. Usually when you revisit a city after many years it triggers memories, but somehow despite its small size I had only the vaguest recollection of one part of the city centre; there seems to be something different around every corner. 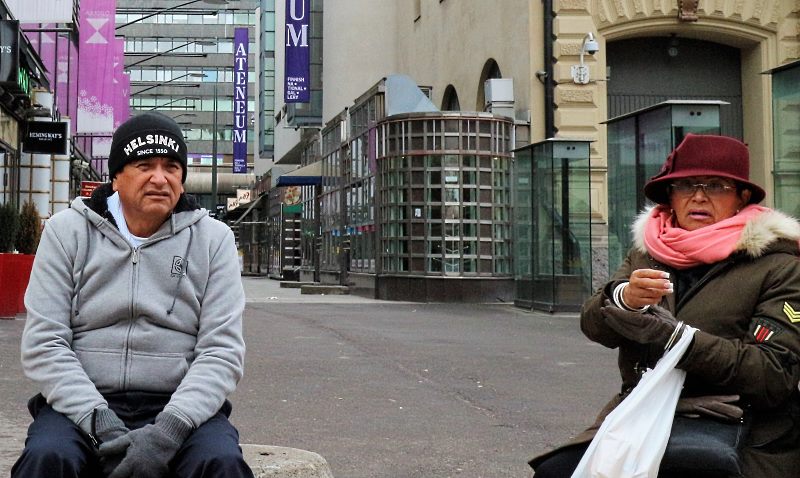 After collecting our bags we headed back out on the train to the airport and went our separate ways. SharePoint Saturday takes you to exotic places where you get to spend time with friends who are also some of the brightest people in the world of SharePoint, if not IT and software development generally. But it is very tiring - the late nights, the travelling, the culture, the jet-set lifestyle. Ready to board my Finnair flight, I checked my email one last time: "Pack your bags, you're going to Birmingham!" gushed AirBnB.